Asian American Belonging: Caste and Constitutionality in the U.S.

In early 2005, I moved to New Orleans to work alongside former members of the Student Non-Violent Coordinating Committee (SNCC). While supporting their campaign to establish the right to education as an explicit federal constitutional right, I found myself re-reading U.S. Supreme Court Justice John Marshall Harlan’s renowned dissent in Plessy v. Ferguson, the infamous 1896 decision legalizing racial segregation until the landmark Brown v. Board of Education overturned Plessy in 1954.[1] I remember studying this dissent in preparation for a dinner with the descendants of Mr. Homer Plessy.

Justice Harlan of Kentucky – the “Great Dissenter” from the Reconstruction era, deemed a “moral hero” by Frederick Douglass[2] – wrote the lone dissenting opinion in support of Mr. Homer Plessy, a searing dissent known worldwide as an indictment of the “separate but equal” doctrine and declaration of the U.S. as an anti-caste society.[3]

There is, however, a little-known connection to Asian Americans in Justice Harlan’s famous dissent in Plessy, which I vividly remember reading back then.[4] The dissent mentions Chinese people. Justice Harlan wrote:

There is a race so different from our own that we do not permit those belonging to it to become citizens of the United States. Persons belonging to it are, with few exceptions, absolutely excluded from our country. I allude to the Chinese race. But, by the statute in question, a Chinaman can ride in the same passenger coach with white citizens of the United States, while citizens of the black race in Louisiana, many of whom, perhaps, risked their lives for the preservation of the Union,[and cannot ride in those same passenger coaches].[5]

All of these years later, I still remember thinking then, what is this reference to Chinese people, Justice Harlan? I also remember this sinking feeling as I realized, even at its very best, white America relegates Black people’s freedom into a dissent – a dissent that pits Asian people against Black people while not even believing Asian people belong in and to this nation. In specific terms for Asian Americans, even in one of the strongest articulations of a racially just United States by a venerated Supreme Court justice, Asian people are too different, too foreign, and too strange to belong.[6]

This past year, given the increase in hate and violence targeting Asian Americans, particularly those most vulnerable in our communities, that sinking feeling of mine became acute. Asians do not belong. Attackers are literally yelling this as they beat us. As the above demonstrates, anti-Asian sentiment is not new. There is a long history of white supremacist anti-Asian hate and violence. There is a specific history of violence against Asian women here in the U.S. and across Asia.

Where then do Asian Americans belong?

During that illuminating evening in New Orleans, which included a walk on the railroad tracks upon which once sat the “Whites Only” railroad car Mr. Homer Plessy had boarded in defiance of Jim Crow, I remember Mr. Keith Plessy,[7] a descendent of Homer Plessy, talking passionately about his work. He described the launching of the New Citizens Committee to continue the righteous work of his ancestor and to establish New Orleans as the birthplace of the modern civil rights movement. I remember feeling deeply moved by his work and that of the former SNCC members, namely Curtis Muhammad, John O’Neal, Elaine Peacock, and Bob Moses, whose openness and brilliance have nurtured and guided countless organizers and lawyers, including me.

I came to believe and still believe that we Asian Americans ultimately belong to and in this centuries-old Black-led movement in the United States to build a just and free society rooted in human rights. We belong in that vision of a caste-free democracy articulated however incompletely by a great defender of Black civil rights, Justice John Marshall Harlan from Kentucky.

And this is precisely where Asian Americans are. From the Vigil for 8 Lives Lost hosted by Red Canary Song to the #AntiAsianRacism Town Hall hosted by the People’s Collective for Justice and Liberation featuring Freedom, Inc.’s Co-Executive Director Kabzuag Vaj to Alex Tom and Dr. Connie Wun’s conversations with Alicia Garza, to the work of NAKASEC, Asian Immigrant Women’s Advocates (AIWA), and the Society of Asian American Superheroes, Y’all (SAASY) based in Kentucky to countless other national, regional, and grassroots formations across the country, Asian American movement organizers are working in solidarity with Black, Latinx, Indigenous, Native Hawaiian, Muslim American, South Asian American, Pacific Islander, Arab American, other communities of color, and other communities in struggle. We are working to bring about that multiracial democracy in which we all belong. 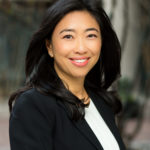 Jennifer Lai-Peterson is a Senior Attorney in the Power and Democracy Program at Advancement Project National Office where she focuses on the #RightToVote Initiative and work alongside grassroots partners working to restore the #RightToVote to formerly incarcerated individuals and other system-impacted people. Follow her on Twitter @jlaipeterson.

[3] This is the full paragraph in which Justice Harlan articulates his vision of a caste-free society:

The white race deems itself to be the dominant race in this country. And so it is, in prestige, in achievements, in education, in wealth, and in power. So, I doubt not, it will continue to be for all time, if it remains true to its great heritage, and holds fast to the principles of constitutional liberty. But in view of the constitution, in the eye of the law, there is in this country no superior, dominant, ruling class of citizens. There is no caste here. Our constitution is color-blind, and neither knows nor tolerates classes among citizens. In respect of civil rights, all citizens are equal before the law. The humblest is the peer of the most powerful. The law regards man as man, and takes no account of his surroundings or of his color when his civil rights as guaranteed by the supreme law of the land are involved. It is therefore to be regretted that this high tribunal, the final expositor of the fundamental law of the land, has reached the conclusion that it is competent for a state to regulate the enjoyment by citizens of their civil rights solely upon the basis of race.

Plessy, 163 U.S. at 559 (double emphasis added). For more on Justice Harlan’s use of the “caste metaphor” in Plessy as well as the use of caste in the writings and rhetoric of abolitionists of that era, please see Scott Grinsell, “The Prejudice of Caste:” The Misreading of Justice Harlan and the Ascendency of Anticlassification, 15 Mich. J. Race & L. 317 (2010).

[4] I believe I read this while a law school student, but there it was again before me.

[6] Justice Harlan could have gone the other way. As Professor Gabriel J. Chin explains, Justice Harlan could have wielded his “colorblindness” principle (and his anti-caste principle) to condemn the federal government’s discriminatory exclusion of Chinese people from immigrating to and becoming citizens of the U.S. The Plessy Myth: Justice Harlan and the Chinese Cases, 82 Iowa L. Rev. 151, 157 (1996 – 1997) (“The Plessy Myth”). As Professor Chin further explains, “[i]nstead, Harlan made what seems to have been an early ‘underinclusiveness’ argument similar to that found in modern equal protection analysis: the law was irrational because it burdened one despised minority but not another, and the one that was not burdened was even more worthy of segregation from [white people].” Id.

Professor Chin also notes that two years after Harlan’s dissent in Plessy, the U.S. Justice Department expressed the same type of anti-Chinese sentiment in United States v. Wong Kim Ark, 169 U.S. 649 (1898), contending in a legal brief that if the U.S. were to permit Chinese people to truly belong to this nation – to become citizens – then the meaning of U.S. citizenship would be defiled. The U.S. Justice Department wrote:

Are Chinese children born in this country to share with the descendants of the patriots of the American Revolution the exalted qualification of being eligible to the Presidency of this nation, conferred by the Constitution in recognition of the importance and dignity of citizenship by birth? If so, then verily there was been a most degenerate departure from the patriotic ideals of our forefathers; and surely in that case American citizenship is not worth having.