Women Did That! 100 Years of the 19th Amendment

One hundred years ago today, the 19th amendment to the U.S. Constitution granting women the right to vote was ratified.

Women’s suffrage was a century-long fight achieved through protest, advocacy and the legendary work of trailblazing women of color including Sojourner Truth, Mary Church Terrell and Ida B. Wells. These women organized to combat racist policies, elect people of color to public office and create community institutions that provided mutual aid to their communities.

Today, the nation cannot deny that women of color are a “collective powerhouse in the U.S. electorate.” Black women remain one of the country’s most active voting blocs, and voter turnout among Latinx women in 2018 increased by 17 percentage points in comparison the 2014 midterm elections.

What’s even more exciting, Black and Brown women are successfully translating their electoral power into campaign and legislative victories. In 2016, they helped elect the most diverse U.S. Congress in the nation’s history. In 2020, the priorities of women voters led to the passage of Breonna’s Law in Louisville, Kentucky, a law banning no-knock police warrants. It also led to the introduction of the BREATHE Act to Congress, a bill divesting federal monies from discriminatory policing, advancing a new vision of public safety. 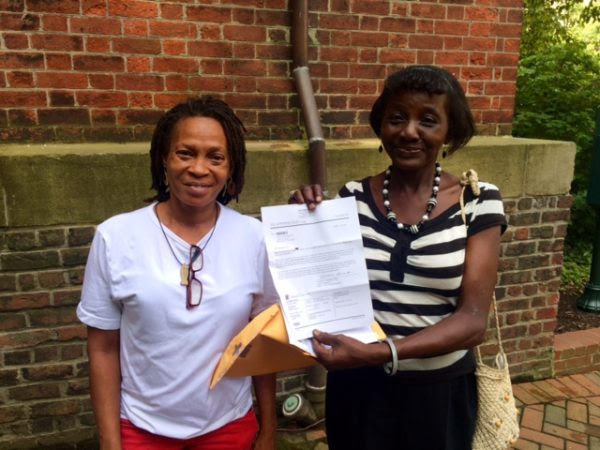 This past month, political pressure from women voters of color led to the selection of Kamala Harris as the nation’s first Black woman to gain the Vice President nomination on a major party’s ticket. Did you see Sunday’s “The Sip” which highlights the journey of Black women in office and Black Women’s Equal Pay Day? These wins prove that when Black and Brown women organize, protest and vote – they cannot be stopped!

We would also be remiss without lifting up the amazing women of color leading civic engagement work across the country. In Georgia, Nse Ufot, executive director of New Georgia Project, is leading an historic grassroots effort to register thousands of voters across the state in time for the 2020 elections. In Florida, Andrea Mercado, executive director of New Florida Majority, is ensuring thousands of Floridians have access to the ballot as the state serves as a national hotspot for the coronavirus pandemic.

Today, we honor suffragists of color, both historical and contemporary. Help Advancement Project National Office and our partners honor their work this fall.

Our nation’s future depends on it.