Our Fight for Justice Continues

Last month marked a year since George Floyd was murdered on a street in Minneapolis at the hands of the police. The video and his cries for his mother will forever be seared into my memory. George Floyd, unfortunately, was not the first, nor was he the last, person to die as the result of police violence. To many Americans, the cold stare of his murderer during the act, the pleas of the witnesses and the complicity of other officers was a breaking point. It was clear: things could never be the same.

In the year since, Black-led protests across the globe and the work of racial justice organizations has led to progress. Calls to defund the police became a rallying cry. While many critiqued the demand, it’s effectiveness has been clear. First, more than 35 school districts have ended their contracts with police departments. While we have been building the  movement for the past several years, the moment provided clarity to many that the same police we cannot trust in our neighborhoods should not be in our school hallways. Second, in many cities organizers have been able to win changes in public safety to address a lack of investment in Black and Brown people and our communities, and divesting from the systems that criminalize them. Third, the call to defund the police has shifted the discourse from ineffective reforms to transformative change. It has allowed Americans to imagine a world without police and to focus on the needs of our communities.

This has been a difficult year. We have grieved for so many others including Breonna Taylor, Rayshard Brooks, Elijah McClain, Daunte Wright, Ma’Khia Bryant, Andrew Brown and others. Our brothers and sisters demanding justice in the streets have been teargassed, beaten and arrested and charged with serious offenses. This has all happened against a backdrop of a pandemic that took more than 500,000 lives, disproportionately Black and Brown, and an attempted insurrection. It’s been a trauma-filled year. Yet, in the midst of it all, we refuse to back down in our fight for a more just country. Photo by Clay Banks via Unsplash

We cannot falter, our work is not yet done. Our movement gained traction and had significant victories. We issued a mandate that started in the streets and moved to the voting booth. And, we are being heard in Congress, state legislatures, city councils and school boards. Our vision of a new kind of public safety that starts with meeting the needs of our communities and ends state violence is in reach. Let’s keep the pressure on. 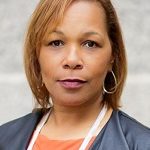