What to Do if You Experience Intimidation at the Polls

If you’re a voter wondering what you should do if you feel intimidated or targeted at the polls, you are not alone. 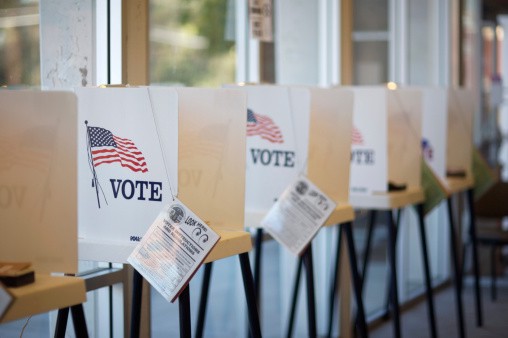 The images that usually come to mind when people hear voter intimidation are flashbacks of vicious German Shepherds that have been trained to attack Black voters at the polls. Today, intimidation is far less violent, but the intent to interfere with ones right to vote remains. In response to growing concerns around voter intimidation, the voter protection community has galvanized efforts around the country to provide support to voters if they have issues on Election Day.

1. It’s ILLEGAL! First things first, it’s important to know that voter intimidation is a federal crime; you will go to jail. “Whoever intimidates, threatens, coerces, or attempts to intimidate, threaten, or coerce, any other person for the purpose of interfering with the right of such other person to vote or to vote as he may choose, or of causing such other person to vote for, or not to vote for, any candidate for the office of President, Vice President, Presidential elector, Member of the Senate, Member of the House of Representatives, Delegate from the District of Columbia, or Resident Commissioner, at any election held solely or in part for the purpose of electing such candidate, shall be fined under this title or imprisoned not more than one year, or both,” reads 18 U.S. Code Section 594.

2. Do not be intimidated if your vote is challenged

Voter challenger laws vary from state to state. In most states, challengers must provide election officials at the polls with a valid reason. Challenges cannot be made for discriminatory reasons such as race, ethnicity, language ability or gender. Unless the challenger presents affirmative proof that a voter is not qualified, election officials must consider a voter’s registration valid. Challengers may enter the voting space to explain a challenge, but must leave as soon as their challenge is heard. In the case that your vote is challenged, you have a right to hear from the precinct judge before the polls close. Check with your local Board of Elections to find the rules and procedures challengers must abide to in your state.

3. Alert the municipal Clerk or Election Officials at polling locations

On Election Day, administrators will be present on polling sites to oversee election operations. In the case that you experience or witness intimidations at the polls, notify your local election official at your polling place. Election officials (poll workers) are responsible for administering election procedures in each polling place. Generally speaking, their assigned duties include issuing ballots to registered voters, registering voters, monitoring the voting equipment, explaining how to mark the ballot or use the voting equipment or counting votes. The municipal clerk is an election administrator and, as such, should be available to poll workers on Election Day for advice, supplies, and additional support.

In addition to notifying local authorities, voters concerned that they are being targeted should immediately call the Election Protection Hotline at 1(866)-OUR-VOTE. Voter helplines are led by the Lawyers Committee for Civil Rights Under Law. For Spanish speakers, the number is (888)-Ve-Y-Vota protection efforts are led by trained professionals at the NALEO Educational Fund, The number for Asian language speakers is (888)-API-VOTE (led by APIAVote & Asian Americans Advancing Justice-AAJC).

One of the most important steps you can take if you experience or witness voter intimidation is to report the incident to your local County Board of Elections and County District Attorney. In your report, be sure to list the date, time and location of the incident. Each County Commission is required to investigate alleged violations and report them to the District Attorney, who has the authority to prosecute violations. See something, say something and write it ALL down.

For witnesses of voter intimidation, it is important for your safety and safety of others to not confront the intimidator. There are several reasons for why this would do more harm than good. For starters, this confrontation could alienate the voter further by bringing more attention to the situation. It could also intimidate other voters nearby. The biggest reason for not confronting the intimidator is that it raises the chances of police getting involved. This could be more intimidating than the initial encounter. For voters with previous felony conviction, who may be voting for the first time, police presence can be incredibly daunting. The best way to support someone who is being discriminated against on Election Day is to participate in the steps previously mentioned.